This week has been a week of parents evenings!!  First up was Austin…  I couldn’t go to Austins as it was my turn to do the Rainbows run and we had no-one to watch Austin anyway and there isn’t really anywhere to leave them at the school.  So Richard went and reported back!  Austin has settled in really well apart from his little moment where he got all hysterical!!  He is doing ok with his colours and numbers, and they agree with us that he knows lots more than he lets on!  They are happy with him so far…….

Tonight first up was Caitlin.  As usual they told us how good she is and how hard she tries at everything, they did say she needs to be a bit quicker.  She is painfully slow…at everything!!!!!!!!!!  They said her reading is excellent and her handwriting is really neat and she is working at junior level in most things…..basically all good!  We were really pleased.

Next was Noah.  His teacher told us he is really clever, his reading age is 7 years and 10 months which we were really pleased with since he was only 5 years 6 months when assessed.  We knew he was doing ok with his reading and English because he goes up to year 2 for phonics.  She said his maths is also fantastic and he is really kind and thoughful towards others which is also nice to hear….he does really worry about others.  Her only negative was that he rushes things….something we already know!  He is always desperate to get outside to play or to move onto the next thing and sometimes his work isn’t as good as it could be because of that.

…so as I reward we let them choose what they wanted as a treat.  Caitlin picked a restaurant nearby, which when we asked why she had picked there she replied that she liked the plants and the twinkly lights!!!!!! 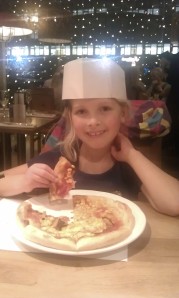 Noah in true Noah style picked a ramp (something that is on his Christmas list!!) and then said “we can go for that then we can do Caitlin’s treat”…fully aware that by picking a ramp he’d get tea out as well…cheeky monkey!  We settled on tea out, which was very nice!! 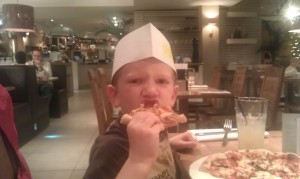