We’d arranged to go to VW Northwest ages ago and some friends suggested we all camped the night before in our campervans.  It sounded like a great idea so we booked.  Unfortunately Alfie is broken and Richard spent a ridiculous amount of time (even in the rain) trying to fix it but with no success so we either couldn’t go or brave it in the tent!!!!  Stupidly with the rubbish weather we’ve been having we went in JapTaxi and the tent. 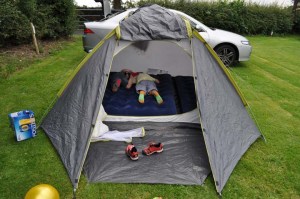 Our tent is pretty small…we don’t really do camping and so it’s the tent me and Richard bought before kids!!  So Richard slept in the tent with the kids and I slept in the car!  I thought I’d get a good night’s sleep in there but I was still cold and it was very squashed! 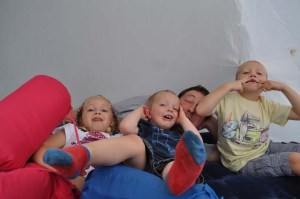 When we first arrived at the camp site the sun was shining and the weather was gorgeous!!  The kids all ran around and played in the field with bubbles and a football and threw berries at the cows in the next door field. 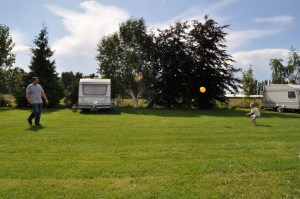 We started the BBQ and then we noticed this cloud coming towards us…. 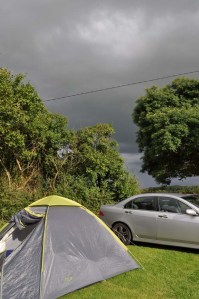 We hoped it would go around us, but it didn’t!  The rain started and it was very heavy!!!  Obviously we only had a small tent to hide in so we hid there and ate our BBQ!!  We really need a gazebo or awning…even when we do have Alfie up and running

The rain eventually stopped and so the kids all got ready for bed as they were tired.  As it dried up they all got a surge of energy and started playing again so we left them to it as they were all playing really nicely in H’s campervan. 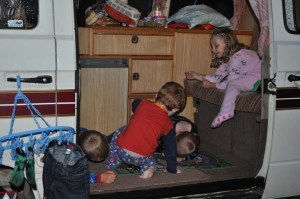 Eventually it went dark and so we decided to go to bed….we all slept just about!  I was cold and my legs squashed and Richard kept getting elbowed and kicked by a wriggly Caitlin and Austin!!!    In the morning we had bacon butty’s cooked in the van and we set off for the campervan show…. 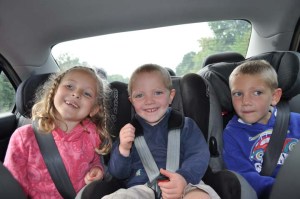 Me and Richard were knackered but the kids were full of beans!!!  We saw loads of cool vans….. 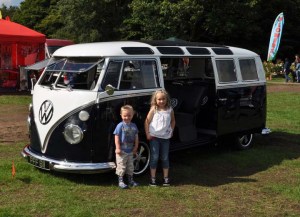 The kids all had some money which Noah spent in about 3 seconds on 3 cars, he did quite well actually finding some bargains!  Caitlin deliberated over hers but eventually got a solar-powered dancing flower!  Austin spent half of his then had a complete melt down because he wanted to spend the other half but we’d moved away from the stands that had any cars! 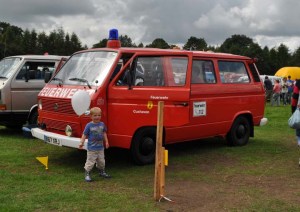 We stopped for a picnic…. 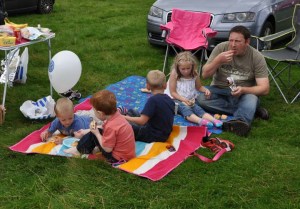 After finishing the rest of the show the kids had a play in the playground before we went home for a shower and a decent nights sleep!!