Well last weekend we had no parties to go to so this weekend we made up for it by having 4 (for 5 children!!)  Every week we have a stack of presents ready to be given out…I even have a set place for them at the moment!!!

They started with a party that Austin was invited to on Saturday morning (after football and during ballet!)  It was quite a small party in their house so I didn’t manage to get many photos, so this is the best one of Austin!!! 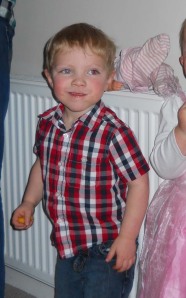 He is gripping some cheesy wotsit type crisps that he kept going for!!  He was very chuffed because he won the pass the parcel.

After Austin’s party it was Caitlin’s turn to go to a party.  Her class are just doing smaller parties this year so she has had loads less invites than Noah, so it was nice for her to get one.  She was invited to a dizzy disco party which after our experience there a few weeks ago I was a bit wary of….but it was great!  Maybe my complaint to them worked!  Caitlin’s party did start 15 minutes late but once it did start it was fine, and actually made me realise how conned we had been last time.  Caitlin’s party got balloon modelling, a fancy dress box to play with….

…the host actually stayed and gave out prizes for the best dancers….

…they even got plates with their food and they have added drinks to the package!!!!!  Caitlin had a great time and joined in loads this time.

When we got home it was a mad rush to get ready for the party tomorrow which was Noah’s!!!!!!!  There was lots of cake making…. 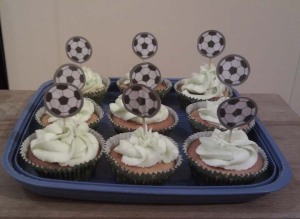 …and the actual birthday cake to make…. 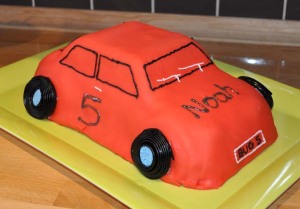