Another weekend with no parties!!

We had a totally free weekend which is a rare occurence for this year (except football followed by ballet on the Saturday)!  On the Sunday we all went shopping to help Noah spend his birthday money.  He got himself some cars lego and some other bits and bobs.  We also met a lightbulb which Caitlin and Noah thought was quite funny, Austin just looked very suspiciously at it, which I suppose is good since he normally has hysterics!!! 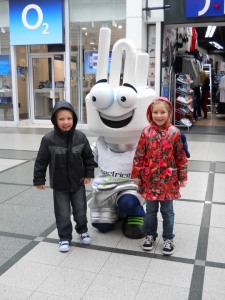 They also got to spend their world book day vouchers, but we didn’t manage to get the things we were supposed to be getting which were the things we needed for Noah’s party next weekend.  Later in the evening we decided to have a family take away!!  Weirdly the kids have never had a take away, well with the exception of a chippy tea, and they loved it!!! 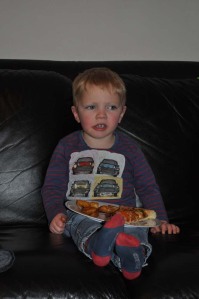 I have never seen Noah eat so much at home!!!!!!  We had pizza and they got to pick which toppings they fancied off the menu. 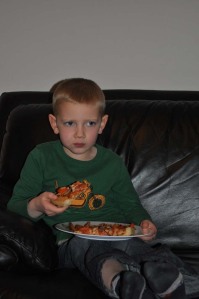 We’ve never really been able to get take away pizza before because of Caitlin, but since just before Christmas she has been gradually having more and more milk products and doesn’t seem to be reacting so I think she has grown out of her allergy. 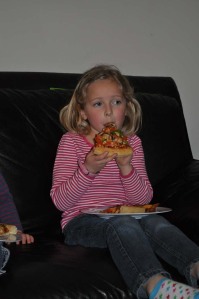 2 responses to “Another weekend with no parties!!”