It was the switch on of the Christmas lights in the Trafford Centre and last year they had real reindeer so I thought it might be good, then a friend asked of we fancied the kids cinema there so I thought we could do both.  We turned up over an hour before the cinema was due to start and it was already fully booked so we had to go and see a full price film.  We picked the lion king…. 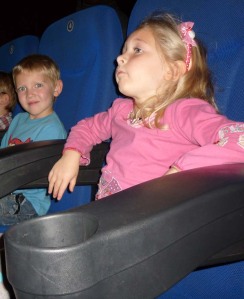 I realised I need to be more careful which film I pick in the future…Caitlin was inconsolable when the dad lion died!!!!!  We had our packed lunch in the cinema and then afterwards we had a wander around the shops while we waited for the lights switch on.  I saw this shop sign and thought it would make a cool picture…I took one with all three of them in but it didn’t save (I had my old camera and it does that sometimes) 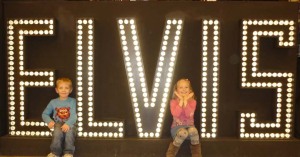 We also had a look at the nativity… 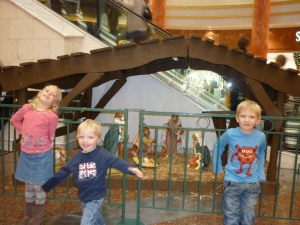 I had noticed that it was really busy and I then discovered that it was Steps who were switching the lights on (I would have prefered real reindeer!!!) and apparently people had been camped out since 8am!  Having tea was a bit tricky as everyone was saving their place in the food court ready to see Steps! 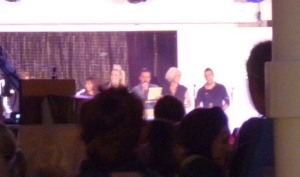 …then they switched the lights on which was a real let down as the Trafford Centre was all lit up and there weren’t that many lights so it wasn’t that obvious when it happened!! 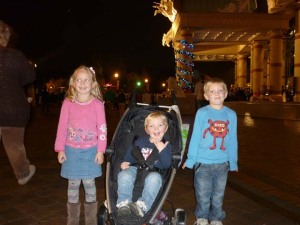